HeartArt and The Lily Project

HeartArt and The Lily Project is a Multiplying Good One in a Million Award recipient. They are among the millions of people who are putting others first and using service as a solution to the problems we're facing. Read their story below then nominate someone who's making a difference during this unprecedented time! 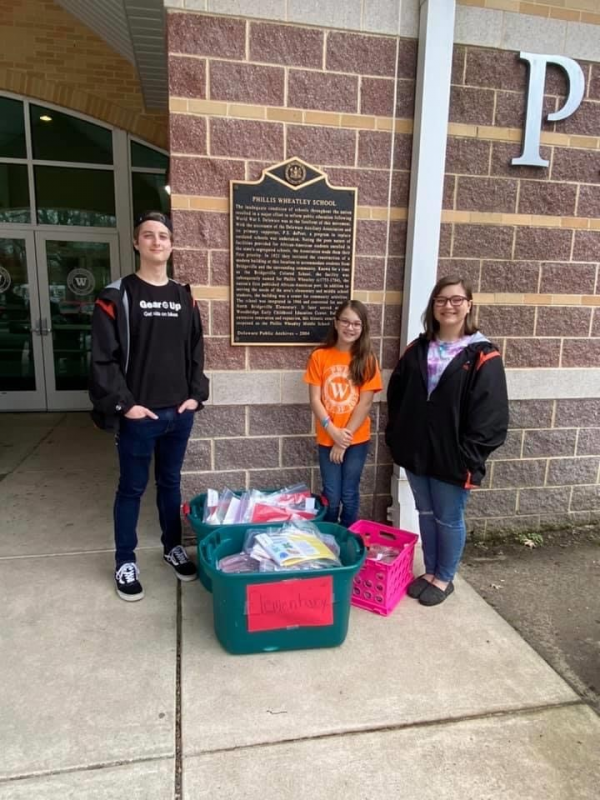 One in a Million Award recipient: HeartArt and The Lily Project

Where they are multiplying good: Bridgeville, Delaware

How they are multiplying good: They are One in a Million. Shelby and Lilyan Farris are siblings who have spent their young lives serving their communities. Each girl runs her own organization. Shelby's HeartArt project works to by promote art projects that can help others. Her "coloring cards" project has generated more than 18,000 greeting cards distributed to the general public to be decorated, signed and sent to anyone in need of a smile. Lilyan runs The Lily Project with a goal of promoting simple service projects for kids. When the pandemic struck, Shelby and Lily pooled their resources and created an activity book for kids that helps them to understand Covid-19, process their feelings and learn to be a helper. The two then dug into their donation storage and built KidKits which were bags containing of books, educational supplies, art supplies, cards to be colored and sent to local nursing homes and first responders and a copy of their activity book to distribute to students in local school districts. In total, the girls have distributed more than 300 KidKits and their activity book has been downloaded over 1,000 times.