Louise Cummings is a Multiplying Good One in a Million Award recipient. She’s among the millions of people who are putting others first and using service as a solution to the problems we're facing. Read her story below then nominate someone who's making a difference during this unprecedented time! 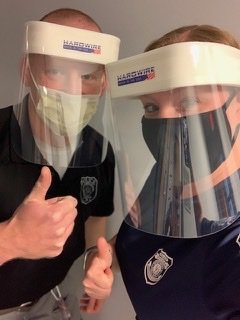 One in a Million Award recipient: Louise Cummings

How she’s multiplying good: She is One in a Million. Coming up on the 3 year anniversary of her husband DSP Cpl. Stephen Ballard passing in the line of duty, Louise Cummings wanted to continue honor his memory and also find ways to stay involved in the community and focus on her charity work. With that in mind she started a Go Fund Me page to raise money to purchase PPE for Delaware law enforcement agencies. Her initial goal was to raise $10,000 with a ultimate reach goal of $15,000. She is closing in on her ultimate reach goal, having raised $12,340. So far she has been able to use the funds raised to provide face shields to the Delaware State Police, Delaware River and Bay Authority Police, Wilmington, Clayton, Smyrna, Georgetown, Middletown, Dover, University of Delaware Police and Security and Capital Police and Security officers, as well as NCCPD Hero Help.