Luke and Amelia Payus is a Multiplying Good One in a Million Award recipient. They are among the millions of people who are putting others first and using service as a solution to the problems we're facing. Read their story below then nominate someone who's making a difference during this unprecedented time! 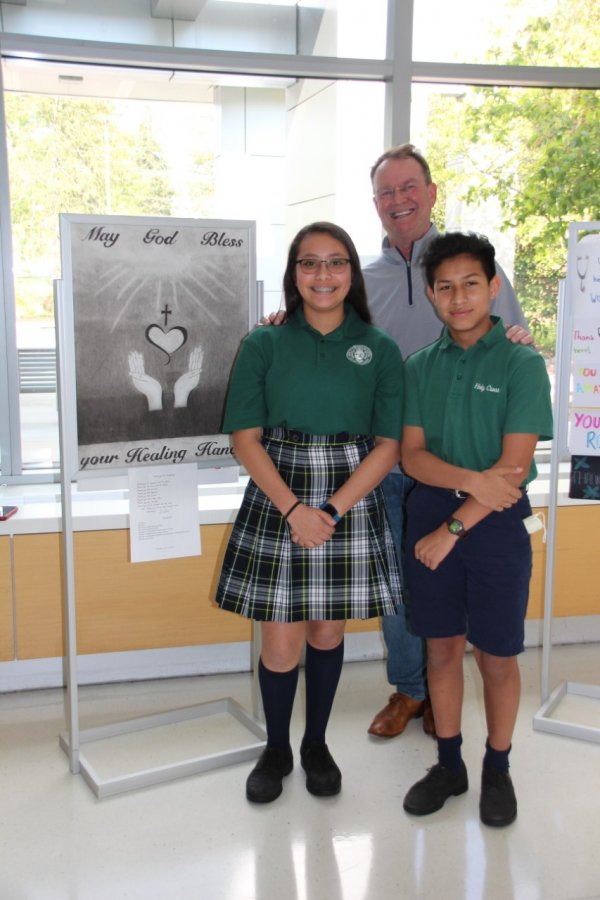 One in a Million Award recipient: Luke and Amelia Payus

Where they are multiplying good: Dover, Delaware

How they are multiplying good: They are One in a Million. Luke and Amelia Payus, two 7th graders at Holy Cross School, wanted to do something to help and support the frontline healthcare workers at the Bayhealth Medical Center in Dover, Delaware. So over their spring break they made cards, poems and posters for the staff at the hospital. They reached out to their school community for additional help and many jumped in to help them spread cheer to the hospital workers and staff at their local hospital. Roughly 100 cards were mailed to the hospital from all the volunteers. The cards and the posters hang in the hallway as a reminder to everyone working there that there are many people who care about them and are with them in the fight against COVID19.